Home » About Us » Directors & Promoters 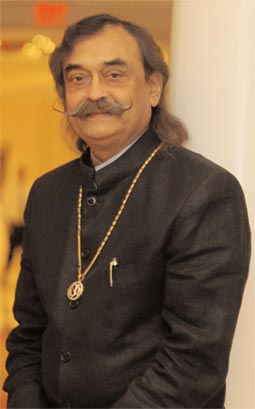 Piyush Palace is the dream project of Piyush Patel, a New Jersey-based entrepreneur who is a classic embodiment of the phrase, "Nothing succeeds like success." With ventures spread across varied industries like software, oil-drilling, restaurants, electronics, chemicals and hotels, Patel draws his strength from the diversity of his investments and the people he works with.

Piyush Patel is a Chairman of FISANA (Senior Federation). He is chairman of ICS of Union. He is a chairman of South Gujarat Patel Pragati Mandal. He has perfected the art of growing with simple strategies and identifying opportunities, both within his existing business as well as outside of it.

The New Jersey based NRI Piyush Patel returns every year and knows more than a thing or two about fellow NRIs' yearning for the annual home-coming and their need for suitable accommodation.

A restaurateur and real-estate developer himself, it was only logical for him to tap the tourism potential in Charotar, known as Gujarat's NRI belt. In January 2009, he planned to build a five-star hotel 10 miles from Ahmedabad.

The hotel today is fully operational and is also launching clubhouse facilities in this year of 2013; it will also facilitate high-end medical tourism services to NRIs and foreigners. The best of medical services are available in Gujarat at one-tenth of what it costs in the US and other countries. Thus Piyush Palace aims to fulfill the requirements the global customer segments.

CA. Bhupendra Prajapati is one of the Founder directors of Piyush Palace, a Graduate in Commerce and a Fellow Member of the Institute of Chartered Accountants of India and is the proprietor of very well established Charted Accounting Prajapati & Associates a firm at Ahmedabad. He has been actively involved in various social activities related to up-liftmen of CAs profession. Mr. Prajapati is born and brought up in Ahmedabad (Gujarat). His area of expertise is Legal, Taxation & Company Law matters. His major contribution towards Piyush Palace has come in to light when he under the leadership of NRI, Piyush J Patel, took upon the challenging task of conceiving the project of making an architectural marvel and bringing life to the Concept and the royalty of Rajasthan.

He along with his team & associates put together the dream in to a reality and has put the project in to making. Today he has successfully finished the task of making the first phase of Palace Hotel and is in the process of finishing the second phase of the Club House at Piyush Palace. Mr Prajapati and his firm along with the team at Piyush palace have handled the complete operations management of the project from inception to completion, the overall planning, task coordination, and marketing of the Hotel & the Club house with an aim at meeting all the market requirements in order to produce a functionally and financially viable project.